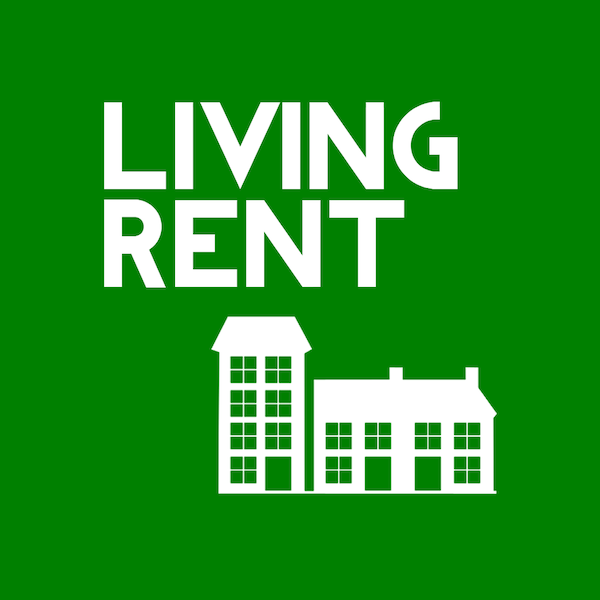 Living Rent is a tenants union in Scotland that has grown steadily since its formation in 2014 and now has thousands of members as well as branches in the major Scottish cities. We spoke to Emma Saunders, National Organiser of Living Rent, about the structure and especially the internal work of the union.

Living Rent was formed in 2014 as a campaign group to respond to a consultation by the Scottish Government regarding the private rented sector. After one and a half year of campaigning, activists in the campaign group voted to form a union, and people were invited to a union launch in July 2016 in Glasgow. This marked the beginning of the union building process.

From the beginning, a lot of emphasis was put on building and reviewing the internal structures, creating an organising culture and slowly building and professionalising a staff team able to support members to grow their union. Increasingly, the union has focussed on local organising, in order to build density, diversity and clear power in our communities, and from there, build structures that are accountable and democratic. Emma explained the reasons why she felt that structure is so important for Living Rent: “A strong structure with clear mandates, roles and responsibilities enables, we believe, to encourage a diverse membership and avoid the ‘usual suspects’ taking on important roles thereby reproducing existing privileges. This is because people with care work, limited resources or less privilege in particular might feel less confident or able to take on roles and posts. In addition, the union has followed a principle according to which no more than 50% of its leaders are men. In order to continue to diversify the leadership of the organisation as well as contribute to the continued growth of the union and its power, since 2017 Living Rent has recruited part-time and then full time staff members. Living Rent has now grown to 13 full-time staff members who are mostly there to support organising and leadership development as well as administrative tasks, finances, or management.

The work of the union members

Living Rent’s local groups are represented in different neighbourhoods in Glasgow, Edinburgh, Dundee, Aberdeen, the Highlands and Islands, Lanarkshire and increasingly small groups elsewhere. These local groups elect a committee, made up of a chair, secretary, member defence officers, communications, and outreach. The Chair and Secretary are part of the National Forum, where all branches work together on overarching campaigns and issues.

Every 12 to 15 months, members gather for the Annual General meeting where they elect fellow members (up to 10) to the National Committee. The National Committee is legally responsible for the governance of Living Rent and ensuring that the union respects its own values and by-laws, works well and adheres to the strategic direction set by its members.

Everyday activities of the union focus on recruiting new members, support leaders through ongoing leadership development. Organisers and leaders role play situations to prepare members for different situations and to explore strategies for negotiations. Locally, a branch is established through an organising drive, aimed at building density of membership locally, identifying widely and deeply felt issues, preparing a campaign and win improvement for the members through creative non-violent direct actions.

What is Living Rent’s advice to us in Berlin?

1. do not reinvent the wheel, learn from other community and tenant unions and seek their help

2. don’t focus on issues/campaigns styles that others are already doing, know what your strength and key addition to the broader movement is and focus on that

3. organise financial means in order to be independent and accountable to your members

4. don’t be afraid to make mistakes, as this the only way to learn.

5. Understand power, and be serious about what building it means

6. Face the challenges of building a mass and democratic organisation head on.